Boris Johnson is said to be having “queasy second thoughts” about a long-term cut to the UK aid programme, faced both by the surprising unpopularity of the measure with his own backbenchers and the fact that most other G7 countries will come to the British-hosted summit in June increasing theirs – in the process endangering the UK status as a soft power superpower.

The official government line remains not to look at the falls in aid spending but the size of the budget as a proportion of gross national income, which is still in excess of most G7 countries. The reduced £10bn budget still puts the UK third in the aid spending league table and if anyone has doubts about the UK’s soft power status, the foreign secretary, Dominic Raab, likes to cite an Ipsos Mori poll finding for the British Council in 2020 that found the UK was the most attractive country in the G20.

But diplomats are starting to talk of a reckoning as the impact of the cuts filters down to the ground in the Middle East and some of Africa’s poorest countries. “Now when resources are needed the most, in the middle of a pandemic, it feels like a gut punch,” said Chernor Bah, co-founder and co-CEO of Purposeful in Sierra Leone. “The timing of this is terrible not just because of the G7 and pandemic. It will means thousands of girls will not have access to life-saving sexual reproductive facilities. It undercuts the UK’s moral authority. These are political cuts.”

The reaction is also unsettling some MPs who, faced by increasingly voluble aid agencies, fear the government has made an unforced error in what has been billed by the prime minister himself as “a year of British leadership”. Asked if it was true, as UK diplomats claim, that the cuts were having no impact on British influence, one UN official replied succinctly: “Bollocks. Everyone can see the difference between their rhetoric and the reality.”

In the context of 60% UK aid cuts to food-insecure Yemen, Sultana Begum, advocacy manager for the Norwegian Refugee Council in Yemen, asked: “How can the UK’s famine special envoy, Nick Dyer, go to the G7 meeting in May to get resources for a famine compact and early prevention, and yet be seen as a credible voice?”

One senior UN official said: “You cannot go round with the begging bowl when you are emptying it.”

What may make ministers especially nervous is that by putting faith in hard, as opposed to soft, power, the UK is out of step with trend.

Elsewhere, aid funding is rising. Recently-released OECD preliminary statistics for 2020 show overseas development assistance spending rising by 3.5% in real terms compared with 2019, reaching its highest level ever recorded. Spending in France rose by 11%, in Germany by 13.7%, in Japan by 1.2%, in the US by 5%. The country with the largest drop apart from Saudi Arabia and the United Arab Emirates was the UK.

And while the UK will continue cutting aid through 2021, Joe Biden announced this monthan increase of $5.4bn (£3.9bn) or 10% for USAid, the US government’s international development agency. 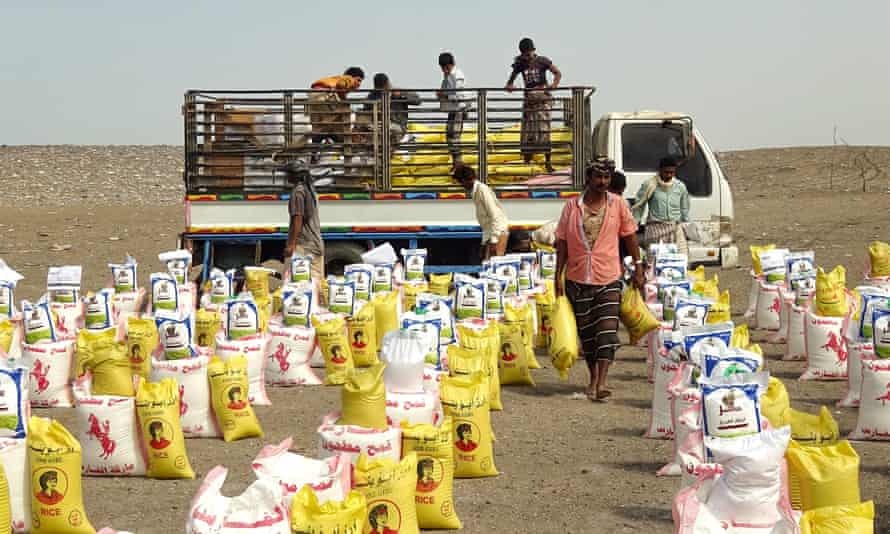 USAid and the state department have together budgeted about $2bn on programmes to foster democracy, human rights and open governance abroad in the 2021 fiscal year. The UK has by contrast cut its human rights programme – at the same time as it brands itself as “a force for good”.

Some Conservatives have also noticed Joe Biden’s appointment of the high-profile Samantha Power, who sees aid as a vital tool in the influence battle with China in Africa, to run USAid and her allocation of a seat on the US National Security Council. Senior UN officials say they have already heard her officials making her views known in private about the UK aid cut in the middle of a pandemic.

Similarly, John Kerry, Biden’s big hitter climate envoy, looks to be using America’s unique convening power at a two-day Earth Summit this week to bring India, China and Russia together on carbon emissions. The UK, in the view of Lord Ricketts, the former national security adviser, risks being consigned to a modest understudy role consensus building and providing the venue and food for a slimmed-down Cop26 in November.

All this at a time when, as the former ambassador to Washington Sir Peter Westmacott says, the UK needs to work that much harder from outside the EU to show its relevance to the US.

The near-universal view is that Johnson could have got away with a fall in the absolute size of the aid programme in 2020 due to the contraction in the size of the Covid-ravaged British economy, but there was no need to take the chancellor’s advice and impose a further cut in 2021 by reducing the statutory aid target from 0.7% to 0.5%. “All governments makes mistakes,” says the former international development secretary Andrew Mitchell, “but I have rarely seen such a colossal act of self-harm as by this government. For 1% of the cost of Covid borrowing they are systematically dismantling one of the great acknowledged assets of soft power and British leadership in the world – not just by making these cuts but undermining the British international development leadership of British universities, thinktanks and policymakers.”

Cutting aid spending by a further £4bn in 2021 will, after all, make a negligible difference either to short-run borrowing or to the nation’s debt, according to the Institute for Fiscal Studies. The UK is, in the words of the IFS director, Paul Johnson, “a million miles away” from balancing the budget. Given the symbolic importance of the £4bn cut, the money looks trifling when the Treasury provided £250bn of additional support in response to the pandemic in 2020–21, plus £94bn in the current year.

A legitimate counter Treasury view is that cuts have to start somewhere. The IFS itself points out that plans pencilled in to the 2021 budget imply that with aid spending at 0.5% of national income, and without tax increases, unprotected departments could face a 3.1% real-terms cut in day-to-day spending from 2021–22 to 2022–23. If aid spending returns to 0.7% of national income, this figure rises to 5.4%. That suggests the return to 0.7%, currently due to happen “when the fiscal situation allows”, may be further away than some think unless Johnson acts.

The Treasury hates ringfenced budgets in principle, and had seen the size of the aid budget through the Osborne austerity years as an anomaly. The chancellor, Rishi Sunak, argued there was a limit to how far other departments could game the system to access the swollen aid budget.

But the aid cuts reveal something deeper than the reassertion of Treasury orthodoxies. The £4bn cut in the aid budget is almost perfectly matched by the extra £4.4bn for defence in 2021-22. As choices go, this could not have been a clearer endorsement of traditional hard power over Joseph Nye’s soft power.

The UK’s recent integrated review on defence and foreign policy has been widely praised as a confident piece of work, but due to the disintegrated way in which it was written – with the key spending announcements preceding publication – development lost its voice at the table.