There’s nothing like a trip to the coast to blow the cobwebs away, and Kate Middleton appeared in great spirits as she joined Dr Jill Biden today at the start of the G7 summit.

The Duchess of Cambridge, 39, cut an elegant figure in a red dress with matching shoes as she arrived to meet the President’s wife at a school in Cornwall this afternoon.

The mother-of-three and the US First Lady are set to discuss  female empowerment, children and early education during a seminar.

Today marks the first time the Duke and Duchess of Cambridge have attended official G7 summit events, marking another milestone in their progression as senior royals.

Kate wore her bouncy brunette locks styled in her signature side parting and opted for minimal makeup as she sported a simple smokey eye.

The Duchess of Cambridge, 39, cut an elegant figure in a red dress with matching shoes as she arrived to meet the President’s wife Dr Jill Biden in Cornwall this afternoon 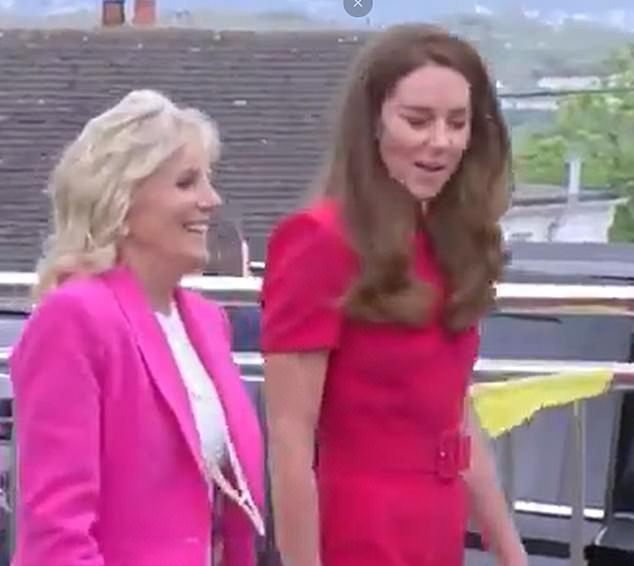 This will be the third time Kate has met with a President and his wife having met Barack and Michelle Obama back in 2011 and 2016.

For First Lady Jill Biden the G7 summit marks the first time she has left the US since husband Joe became president.

According to CNN, the pair are also set to tour a school in Cornwall as part of their meeting later today.

The duchess has made early years development one of the main pillars of her public role since she first became a member of the royal family.

In 2020, she launched her Early Years survey, a a milestone moment for her work on the importance of early childhood in shaping the rest of our lives and broader societal outcomes.

In 2018 she created a steering group to investigate the link between childhood experiences and adult behaviour and hopes that the results of their survey and other research will encourage a ‘nationwide conversation’ on the subject, raising awareness of how the first five years of a child’s life will impact the next 50 years.

In the evening, the Queen and Prince Charles are set to host a reception at the Eden Project for the world leaders and their spouses.

William and Kate will join the Queen, the Prince of Wales and the Duchess of Cornwall at the reception at the Eden Project on Friday evening. 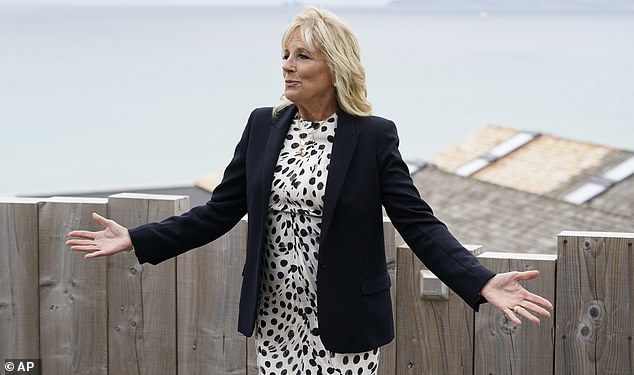 Prince Charles will host an additional reception where he will brief leaders on his ‘sustainable markets initiative’.

The Royal Family will then depart and the leaders and their spouses will then have dinner, prepared by local chef Emily Scott before returning to the summit venue at Carbis Bay.

The Big Jubilee Lunch will form part of the Queen’s Platinum Jubilee celebrations in 2022 and during Friday the monarch, joined by Kate and Camilla, will attend an event in celebration of The Big Lunch, an initiative spearheaded by the Eden Project.

The royal party will meet local Big Lunch volunteers and thank them for their efforts supporting their communities through the challenges of the past year.

On Sunday, President Biden and his wife Jill will travel to Windsor Castle for an audience with the Queen – their first official meeting since he became president.

When asked about the visit, Jill Biden said: ‘Well, we’re hoping to focus, I think, on education.