By Jane Shilling for the Daily Mail

In the scorching heat of an Australian Christmas, three seventy-something friends meet at a beach house in the coastal town of Bittoes.

The house belonged to Sylvie, the fourth member of their tight-knit quartet, who died almost a year ago. Now Jude, Wendy and Adele have gathered to clear the place.

Each woman is facing a life crisis: the controlling behaviour of former restaurant manager Jude reflects the lack of control she has in her long relationship with her married lover, Daniel.

Actress Adele faces a dwindling career and an uncertain future. Wendy, a successful academic, risks Jude’s fury by bringing her incontinent dog, Finn, to the house. Charlotte Wood’s powerful novel depicts old age as a time when hope, desire and love are still felt as vividly as they were in youth. 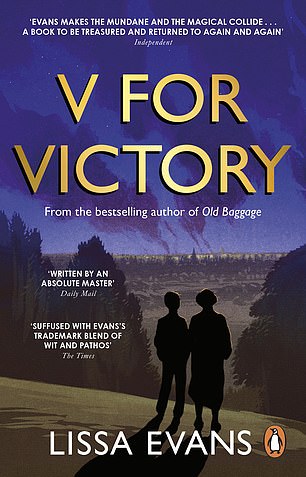 Readers of Lissa Evans’s earlier novel, The Crooked Heart, will recognise her resourceful heroine, Vee, and her streetwise orphaned charge, Noel. Now known as Mrs Margery Overs, a respectable widow, Vee makes a precarious living for herself and Noel, whom she claims is her nephew, by running a Hampstead boarding house.

Noel roams the hazardous adventure playground that is London during the Blitz, and pursues a delicious romantic friendship with his captivating next-door-neighbour, Genevieve.

But when Vee is witness to a street accident, the stability that she and Noel have fought so hard to achieve is put in jeopardy. Evans’s warm-hearted novel is a delightful celebration of love, loyalty and the quiet heroism of ordinary people in extraordinary times. 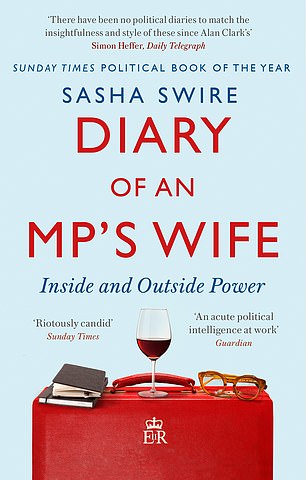 DIARY OF AN MP’S WIFE

If journalism is the first draft of history, political diaries are where the untold stories of government lie buried — at least until the diarist decides to make them public.

Sasha Swire gave up a career as a journalist when she married Hugo Swire, a former minister under David Cameron.

Sasha comes from old political stock: her father is Sir John Nott, one of Margaret Thatcher’s ministers; and she had the extra advantage of being close friends with David and Samantha Cameron.

As a ‘secret journal writer since childhood’, she found herself with plenty to record during the years from 2010 to 2019. The diaries offer an irreverent and often scurrilous behind-the-scenes account of a turbulent period in our island story. As she says: ‘A minute is a long time in politics these days.’