A seven-year-old British schoolgirl dubbed ‘the next Greta Thunberg’ by her very glamorous model mother has become the world’s youngest ever Ted talker.

Molly Wright, who was born in the UK but who now lives in Australia, recently gave her TED (Technology, Entertainment and Design) Talk about the dangers of parents who spend more time on their digital devices than paying attention to their children.

It puts the aspiring actress in a very high-profile list of Ted talkers, which include the likes of Microsoft boss Bill Gates, Hollywood director JJ Abrams and the world’s richest man, Amazon’s founder Jeff Bezos.

And it is a major badge of honour for the youngster – who is the daughter of a British couple originally from the north-east of England.

Molly’s father works for a loss adjusting firm out in Brisbane, where the couple moved from Manchester in 2017.

And her mother is a model and vocal supporter of her talented young daughter, who already has a string of film and TV credits under her belt – along with her own charity campaign.

Molly’s seven-minute TED speech will be promoted by UNICEF and shown to new parents in maternity wards around the world.

There are more than 30million people who follow TED for its short talks on all areas of knowledge.

‘I know it’s important for adults to use their devices sometimes but kids are hard wired to seek out meaningful connections,” Molly says in the seven-minute speech. 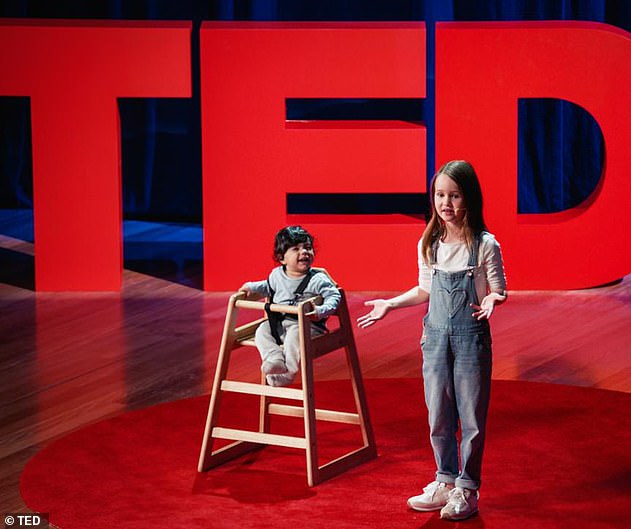 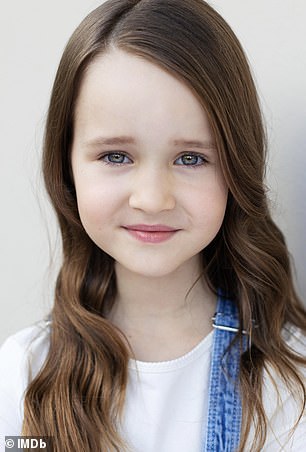 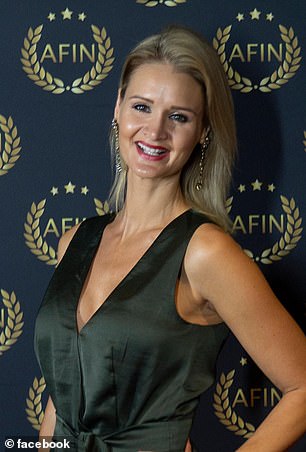 Molly’s promotional shot from her IMDB.com profile (pictured left). She already has an appearance in a TV thriller under her belt. Molly’s father works for a loss adjusting firm out in Brisbane, where the couple moved in 2017, while her mother is a model  (pictured right) and vocal supporter of her talented young daughter 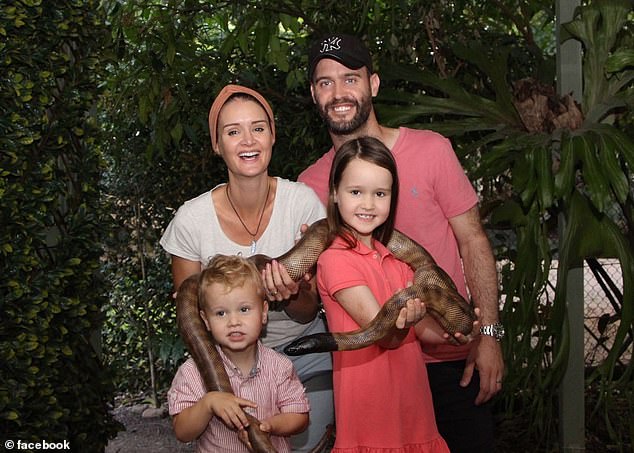 Molly Wright, who was born in the UK but who now lives in Australia with her family (pictured), recently gave her TED (Technology, Entertainment and Design) Talk about the dangers of parents who spend more time on their digital devices than paying attention to their children

‘Our brains grow faster in the early years than at any other time in our lives – connect, talk and play with us.’

‘Interactions early and often matter,’ Molly says at one point in the talk. ‘Take it from me, the seven-year-old up here talking about brain science,’ she jokes, as the audience laugh.

Molly was suggested for the speech by Thrive for Five, the organisation headed by former South Australian Premier Jay Weatherill to campaign for better early education options for children. 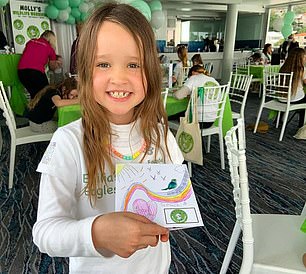 The seven-year-old is the youngest person to deliver  TED talk, after being suggested by Australian childhood education organisation Thrive for Five

It’s backed by the Minderoo Foundation, the philanthropic foundation started by mining magnate Andrew Forrest and his wife, Nicola.

Responding to suggestions she was treading the same path as Swedish schoolgirl Greta Thunberg, whose school ‘strike’ at age 15 to draw attention to climate change became a worldwide phenomenon, Molly told News Limited it would be ‘a dream come true to do that for early education’.

‘I feel like I would help so many people,’ she said.

‘Molly, I have no words,’ Ally Wright, Molly’s mother, posed on Facebook.

‘You are one very special little lady who might actually just change the world one day.’

The budding actress already has a profile on movies database IMDB.com, with a credit in 2021 TV movie Kidnapped, and management in Australia and the US.

‘Molly is trained in jazz, tap, ballet, acro and aerial dancing and has performed on stage at The Home of the Arts Theatre,’ her bio says.

‘She has a great ear for all accents, has a reading age of 12 and is undertaking piano and singing lessons, preferring musical theatre and rock.’

‘Molly is a seven-year-old actor, who has been fortunate enough to spend time around humanitarians and animal activists,’ mother Ally wrote on the justigivng.com fundraising site.

‘Inspired by what she has seen and heard, and the people around her, Molly has set up a team of 40 wonderful children, who will spend the coming months taking on challenges to raise money for Currumbin Wildlife Hospital.’

Her mother also revealed Molly would be featured on Nine’s A Current Affair tonight.