Forget The Dress, there’s a new optical illusions dividing the web – but what colors and shapes do YOU see?

By Chloe Morgan For Mailonline

Optical illusions can be hotly debated – who could forget the infamous white and gold/blue and black dress in 2015 that even resulted in the likes of Kim Kardashian and Taylor Swift joining in the debate?

But now there’s a new set of images, created by Gala Spins, which are leaving the nation stumped, and they show just how colours and shapes can trick the eyes.

These were put to the test, with Brits polled on what they could see depending on their unique vision, proving that our perceptions can be very different from each other.

Bhavin Shah, Behavioural Optometrist at Central Vision Opticians has offered an explanation as to how and why we see different images and colours.

More than 71% see a yellow butterfly in this image, while 29% see two faces looking at each other

More than seven in ten (71%) see a yellow butterfly in this image, while 29% see two faces looking at each other.

On the findings, Bhavin comments: ‘Many people will see the butterfly first, before zeroing in on the detail of the faces.

Humans have a propensity to human faces and are always drawn to them. There are parts of the brain that respond specifically to faces so once we’ve seen it in the illusion, we’ll tend to see that more.’

2. What colour is the handbag? 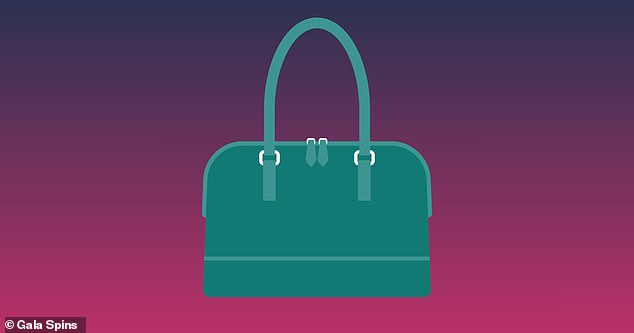 Nearly two thirds (63%) of people see a green handbag, while 37% of participants see it as blue

Nearly two thirds (63%) of people see a green handbag, while 37% of participants see it as blue.

Bhavin comments: ‘In this case, there isn’t enough information or context about the object available, so the brain has to apply its own processing and create a reality that it feels is correct.

Some people will process the colour as if its indoor lighting and others as if it’s outdoor, which is why people see different colours.’

Bhavin adds: ‘Most optical illusions work because our eyes take in optical information from the light and our brains have evolved to create a reality based on that information.

However, there are lots of potential sources of error that can result in the brain interpreting something differently.

‘The brain has lots of ways that it fills in missing information based on experience, learned visual responses and understanding of the world and context.

Optical illusions occur when there isn’t enough information or context about the object, so our brain has to fill in the gaps, meaning different people see different things.’

3. Which spots move the most? 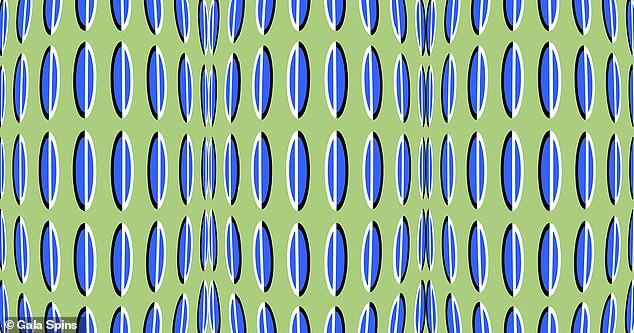 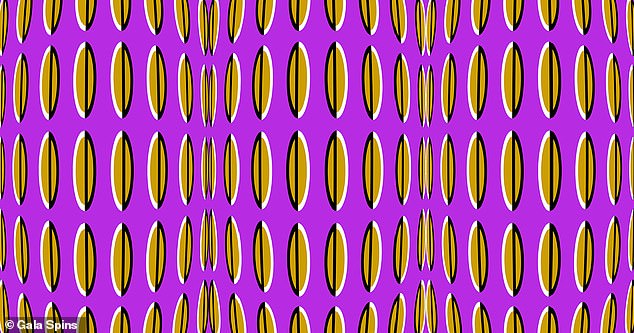 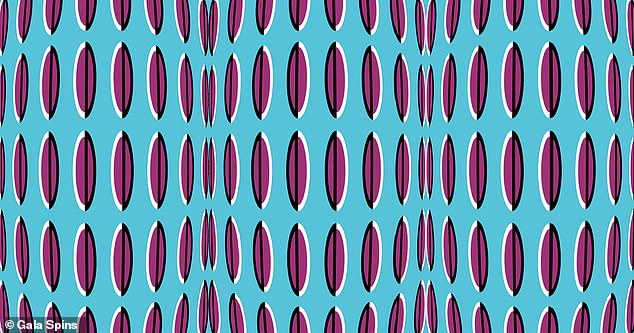 When looking at these images, different coloured spots appear to move more than others, and for some, the spots don’t move at all

When looking at these images, different coloured spots appear to move more than others, and for some, the spots don’t move at all.

On the other hand, only three in ten (29%) of people said that the purple spots on a blue background seemed to be in motion.

Bhavin says: ‘The rotating motion is caused by signal processing of the complex image, especially in parts of the retina that are just outside the central part of the vision, as well as very tiny movements of the eyes.

‘The brain assumes that the eyes are stable and not-moving, therefore it has to assume that the pattern must be moving instead, so the pattern starts to move.

‘Some people have more of these tiny eye movements than others and some are more sensitive to contrast in the pattern, so there will be some variation in the appearance of movement.’

WHY DO WE SEE COLOURS DIFFERENTLY?

Every single person is unique and as a result, our brains process information differently. Depending on how you interpret colours, one person might see it one way, while the very next person who looks at it might see it differently.

Light enters the eye and hits the retina, which is the light sensitive tissue at the back of the eye.

The light is converted to an electrical signal which travels along the Optic Nerve to the Visual Cortex in the brain. The brain makes its own unique interpretation of this electrical signal.

It is not surprising that many respondents changed their mind when seeing the colour in contrast to the two blue shades, as we perceive an object’s colour based on a comparison to its surrounding shades, not on the actual colour itself.

Assessing colour vision is just one of the myriad of examinations that can be undertaken during a routine sight test. It’s possible for colour blindness to go undetected depending on severity – as it’s impossible to see the world through another person’s eyes.

Conditions such as protanomaly, deuteranomaly and tritanomaly can range from inconvenient to quite dangerous – often preventing those inflicted from pursuing certain careers. If you have any concerns about your colour perception, you should seek an appointment with a registered optometrist.